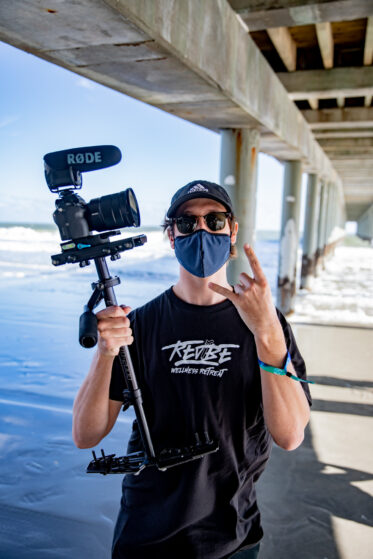 After attending shows during his college years, Colin decided to break into the music industry in 2017. He wet his feet working for Unlocked Presents in Philadelphia, and quickly built a name for himself as a photographer and videographer. His success transitioned after moving to New York City, where he began shooting legendary venues like Webster Hall and Avant Gardner. Colin was quickly booked for the 2019 festival season and worked with artists and media teams for High Caliber, Big Dub, Lost Lands, Camp Bisco, Wobbleland and more. 2021 is looking bright for Colin, and he is excited to see where his work will take him.

Fighting climate change is an important cause to me because it directly effects all of us in our every day lives. Every year we see less snowfall, bigger storms, and hotter temperatures. All of the festivals we love are outdoors, and we need to protect this world while we still can.