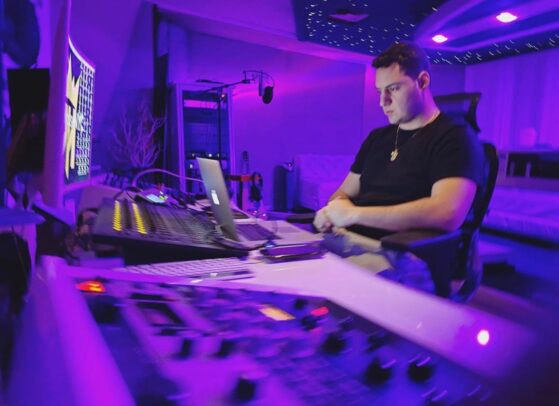 BACEFACE aka Johnny Ayoub is a producer, audio engineer, singer, songwriter and DJ from Philadelphia, PA. BACEFACE started playing various different instruments at a young age including guitar, piano, drums and saxophone. He listened to and was influenced by a large array of artists including, Led Zeppelin, Marvin Gaye, George Benson, Earth Wind and Fire, Bingo Players, Hardwell and many more. This contemporarily trained artist holds a powerful grip on the understanding and fundamentals of music theory and songwriting relative to many different genres. He has played shows with major artists including, Krewella, Deorro, Flux Pavilion, Protohype, Herobust and many more.
BACEFACE has been featured on FOX’s “So You Think You Can Dance”, Season 14, 15 & 16.
Currently, BACEFACE is working at Jungle City Studios in Chelsea NY, as well as running his own studio BACEFACE Studios in Philadelphia.

Mental has always been something that is extremely important to me. I feel that it is very important to raise awareness and provide help for those that suffer from mental health. The pandemic was rough on all of us and I want to provide a safe place where people can discuss their problems and get the help that they need.